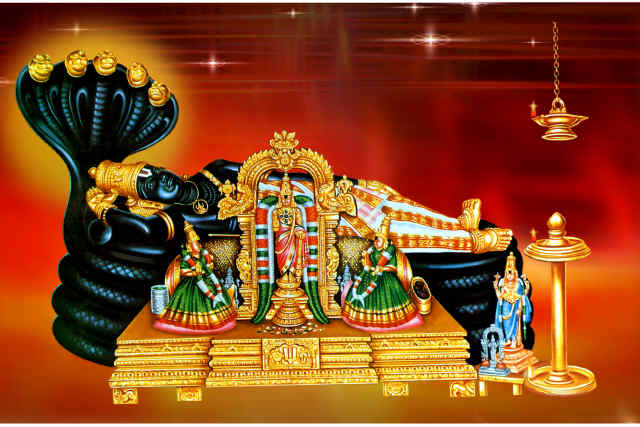 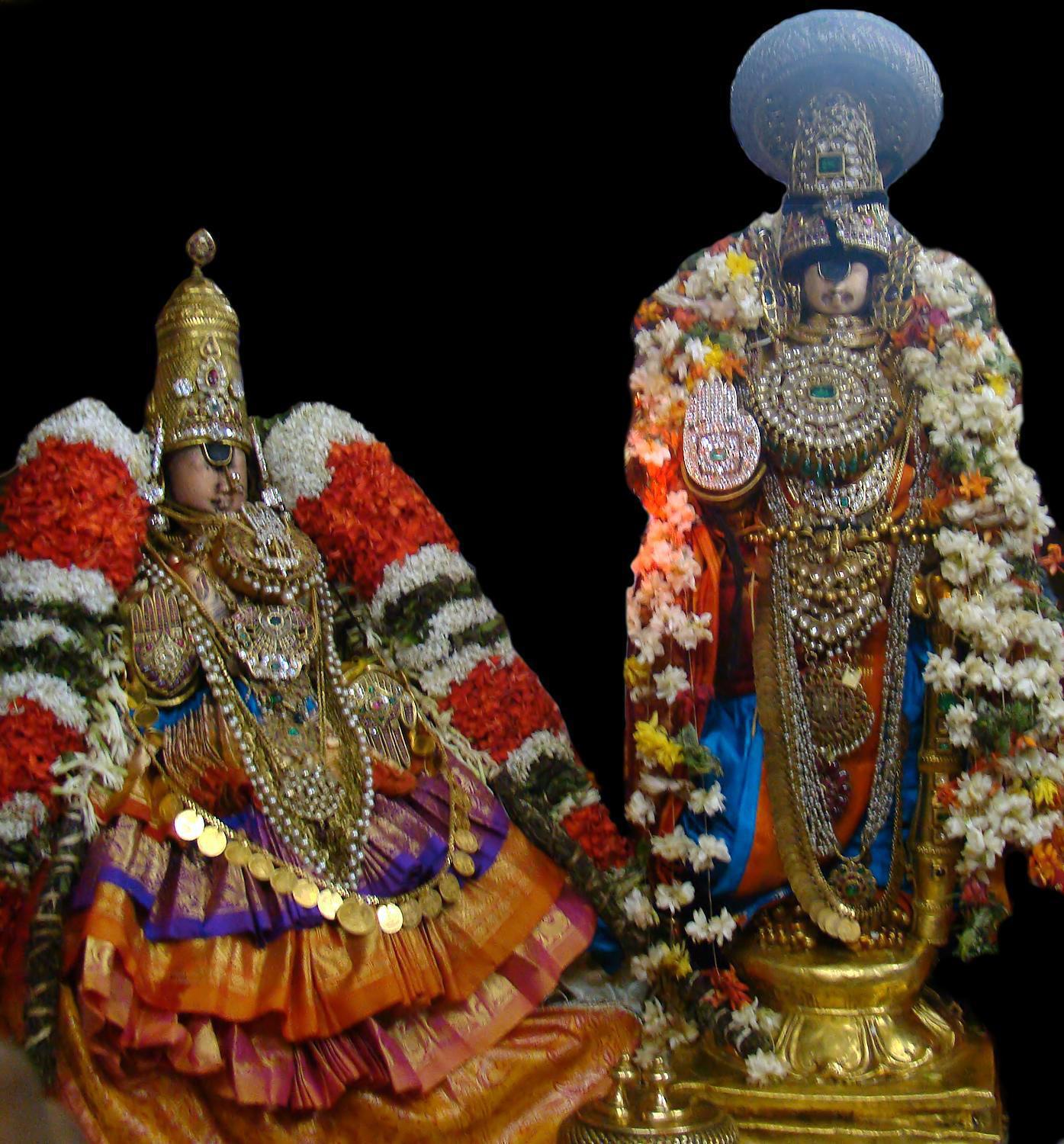 Srirangam Ranganatha Swamy is supposed to represent the Ashtakshara or Thirumanthra
By various combinations, there are 10 meanings possible, of the Ashtakshara. I give the meanings below: The Ashtakshara. consists of 8 syllables and is in the form of three words.
The first word is a single syllable Om.
The second word is Namaha.
The third word is Narayanaya.
So, the ashtakshara is OM NAMO NARAYANAYA. This means "Salutation to Narayana".
OM
The Om has three letters A,U & M
A means Narayana or Vishnu.According to Sanskrit dictionary and grammer, A means Vishnu. The letter U means two things.
The letter M means the soul or Jivatma.
The letter M (Ma) is the 25th alphabet among consonants in Sanskrit. Similarly, the soul or Jivatma is the 25th tattva.The first tattva is matter. The second is the mahat. The third is ahankara. Then we have the five gross elements starting with ether, etc. Then five subtle elements, starting with sound, etc. Then we have the five senses of knowledge and then the five senses of action. So, the total number of tattvas so far is 3+20=23. The 24th tattva is the mind or manas. So, soul or Jivatma is the 25th tattva. Therefore, Namo
Namaha has two meanings.
Narayanaya

The word Ayana has three meanings:- We will take the first meaning of the word, ayana, as the resting place. According to Sanskrit grammar, Narayana (Nara-ayana) means two things: If you take the first meaning, this means that all things - chetanas and achetanas - exist or abide in Narayana. If you take the second meaning, this means that Narayana abides or exists in all things. This is possible because He is the soul of all chetanas and achetanas. Thus, the two meanings show that
Antarvyapti means the Lord is present, intimately connected with all chetanas and achetanas; in such a way that He is present, wherever they are.
Bahirvyapti means this quality: The Lord is present also in places , where the chetanas and achetanas are not present. A combination of these two qualities means:If you take the meaning of ayana as upaya or means for attaining salvation; then the word Narayana (Nara-ayana) will mean that He, the Lord Vishnu, is the upaya or means of attaining salvation, for all jivatmas.
If you take the meaning of ayana as the fruit (ie. one that is to be attained): then the word Narayana (Nara-ayana) will mean that He is the fruit or end, to be attained by all Jivatmas.


About Srirangam Temple and Sri Ranganaatha

According to a parrot's version:

Kaveree Viraja Seyam Vaikuntam Rangamandiram
[The river Kaveri is the very same river Viraja that eternally flows in Vaikunta, Srirangam Temple is verily Vaikuntam itself, the Abode of Lord Vishnu where he sits in all splendour and majesty in the company of Nityasuris.]
Sa Vasudevo Pangeshah Pratyaksham Paramam Padam |
[The Lord of Arangam, is none but Vasudeva, the Primeval Lord Himself.]
Vimanam Pranavakaram Vedasrungam Mahadhbhutham
[The Vimana is verily the eternal Paramapada itself. The Vimana is in the form of the Pranava (the life sustaining mantra) - OM]
Srirangasayee Bhagavan Pranavarthaprakasakah ||
[The four towers are marvelously akin to the four Vedas and the Lord, Sri Rangasayee is expounding the import of the Pranava.]


Vedhanta Deshika, in His sketch of the Srirangam Temple history says: